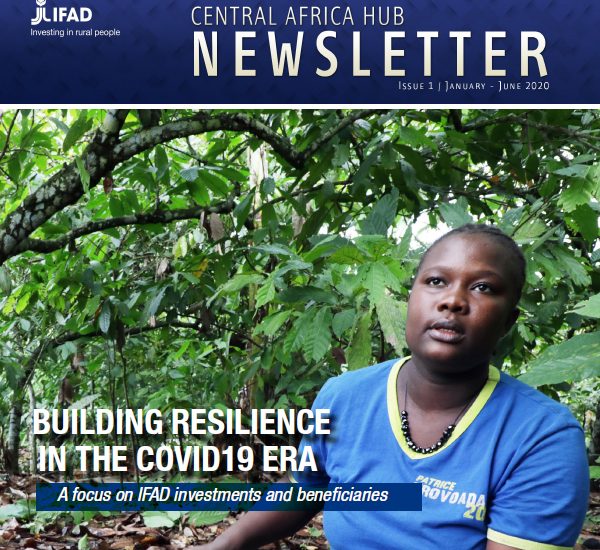 The coronavirus COVID19 appeared in China in late 2019 and has spread to all regions of the world and on 11 March 2020, the World Health Organization (WHO) declared COVID19 a global pandemic. According to WHO statistics as of 5 May 2020, the virus has already spread to 53 countries in Africa with over 432,993 positive cases, 1786 deaths with a fatality rate of 4.1% in the African continent. In Cameroon, by early May, the number of positive cases has passed 2,265 and the number of deaths has reached 108. According to WHO, the number of positive cases are likely to be much higher than what has been in the reports and the Government of Cameroun has decided to order some 100,000 additional test kits in early May 2020.

Like in other countries within Central Africa, the spread of COVID19 does not only have health consequences but also strong impact on economic activities including the poorest of the poor. Such consequences, could further degrade if certain risks such as the worsening of the pandemic by way of allowing public meeting places (drinking/socializing, schools, etc.) to start operating back without putting effective mitigation measures in place and also if market uncertainties and panic persist.

Among the negative implications of this pandemic on the sub-region’s economy are the direct impact on export produce, the disruption of global supply chains, and the decline in final demand for imported goods and services. The potential channels for economic impacts can be of several orders. First, the decline in global demand (and particularly from the main economic partners, China, Italy, France and the European Union as a whole) would translate into lower volumes of exported goods and services. Second, the effect of lower prices for the main raw materials exported to the international market, notably oil and wood. Third, the slowdown in the economy and in global investment will contribute to reducing the flow of foreign investment and transfers from migrants due to the precarious employment situation in their host country.

These countries (Cameroon, Chad, Democratic Republic of Congo, Congo, Gabon, Sao Tome and Principe and Central African Republic) have made consistent progress in reducing poverty and improving the lives of the rural poor through IFAD’s investment projects. However, the disruption of agricultural supply chain could lead to a reduction in some of these achievements because of COVID19.

To address both the negative economic impact and contribute to food security, IFAD is contributing alongside other technical and financial partners to the implementation of the response of governments to the COVID19 pandemic, adopting a twofold action plan. First, addressing the immediate needs of the IFAD investment project’s beneficiaries in terms of hygiene and the application of safety protocols for distributing inputs and equipment for the current cropping season to prevent not only community spread of COVID19 but also avoid contamination of consumers through the marketed produce. Second, increasing resilience of the project beneficiaries through sound climate-smart production systems and by focusing on the appropriate value chains and commodities to ensure adequate food security during the upcoming cropping season.

Building on the long-standing and successful partnership with the countries in the Central Africa Hub to promote rural development, IFAD will continue supporting the rural poor including women and vulnerable groups with the aim to increase their resilience not only to COVID19 but also to future shocks independently of their nature.